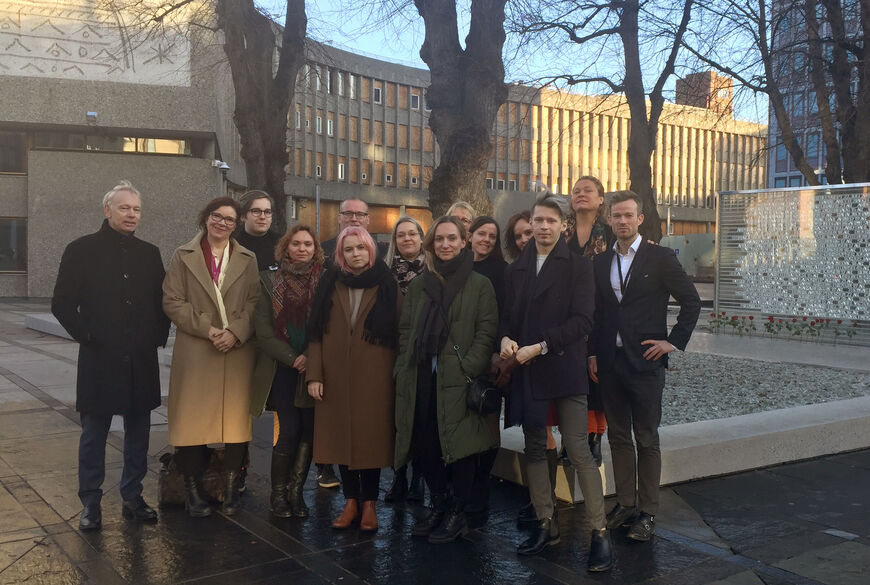 Since its establishment in 1993, more than 5000 Norwegian-Russian Barents projects have received grants from the NBS. Many of these projects involve youth, and in 2015, more than three million NOK twas granted to youth projects. Furthermore, the Secretariat also distributes grants on behalf of the Norwegian Ministry of Children and Equality.

The Barents Regional Council unites (after the merger between Troms and Finnmark) 13 member counties and a representative of the indigenous peoples in the northernmost parts of Finland, Norway and Sweden and North-West Russia.

At the same time as the BEAC was established in 1993 by the signing of the Kirkenes Declaration, the regional representatives, together with the indigenous peoples signed a co-operation protocol that established the Regional Council for the Barents Euro-Arctic Region with the same objectives as the BEAC - to support and promote co-operation and development in the Barents Region. The protocol determines the structure and the general aims of the regional co-operation.

The BRC is the main financial supporter of BRYC. Each year, the youth council receives an annual grant of 5000 EUR, or an in-kind contribution of a similar size, from each member region of the BRC. BRYC is (since 2018) seen as an official member of the BRC. This platform is our most important way of promoting youth's interests to regional and national decision makers.

Read more about the BRC, HERE.

The main purpose of the Joint Working Group on Youth (JWGY) is to further promote young people’s active citizenship and strengthen the networks and international contacts of young people. The Working Group consists of representatives from the ministerial and regional administrative levels of authorities responsible for youth policy. It plays an important part in the implementation of the Barents Regional Youth Programme and therefore has a close cooperation with BRYC.

In 2002, the JWGY founded the Barents Youth Cooperation Office (BYCO) in Murmansk. BYCO's purpose was to provide information to youth groups about funding opportunities, potential partners and relevant activities in the Barents Region. The JWGY gave BYCO its mandate and funding, while BYCO reported back to the Working Group. BYCO was operating until 2016, and due to unforseen financial circumstances, the Office was forced to close down.

Norway currently holds the BEAC Chairmanship for the period 2019-2021, and therefore chairs the JWGY.

Read more about the JWGY, HERE.

The purpose of the International Barents Secretariat (IBS) is to support the multilateral activities within the Barents Euro-Arctic Council and the Barents Regional Council.

The IBS aims to increase and secure the coherence and efficiency of the Barents cooperation. To this end, the IBS assists the biannually rotating governmental and regional Chairs in their tasks and thus guarantees the seamless continuity of the cooperation. Also, the IBS supports the Barents Working Groups. The IBS maintains the Barents Euro-Arctic Council and the Barents Regional Council archives and serves as an information database, as well as maintains contacts with other organisations and stakeholders operating in the Barents and Arctic regions, the national and regional authorities of the Member States and the media.

BRYC often works closely with the IBS around projects and events relevant for youth. The IBS usually helps BRYC with practical matters, such as administrative tasks, contacts or information.

Read more about the IBS, HERE.

The Nordic Council of Ministers’ most important criterion for granting project funding is that the projects must benefit the Nordic countries and the adjacent areas. The projects must generate Nordic synergy. The principle of “Nordic synergy” is a crucial factor in deciding which activities should come under the umbrella of joint Nordic cooperation.

Read more about the Nordic Council of Ministers, HERE.