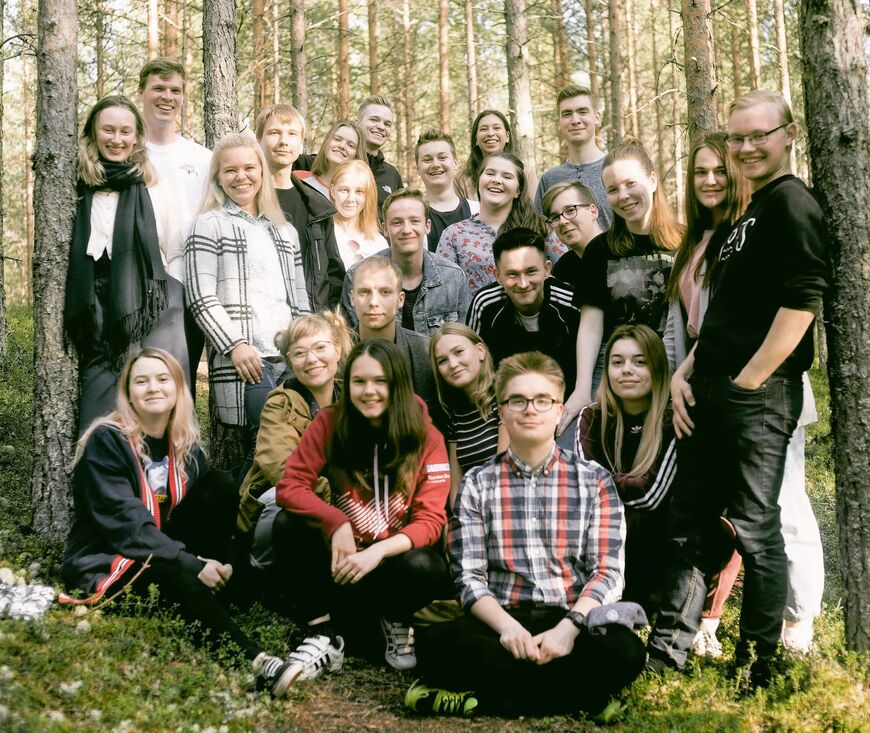 The Barents Regional Youth Council’s annual event 2019, “Switch”, took place in the ski resort village of Vuokatti in Finland, 15-18 August. Every year, this event takes place in a different member country in the Barents Region. Last year, it was held in Kirkenes, Norway, and the topic was “Across cultures”.

This year, participants from Finland, Sweden, Norway and Russia gathered to discuss the influence of gadgets and technologies on our everyday life and on nature. In order to take part in the event, young people had to write motivation letters, explaining why the topic was interesting to them.

One thing that separates this type of “Barents events” from other events, is that they fully cover the participants’ expenses, including visa costs, travels, meals and so on. This feature makes these events really popular among many youths, especially from Russia. 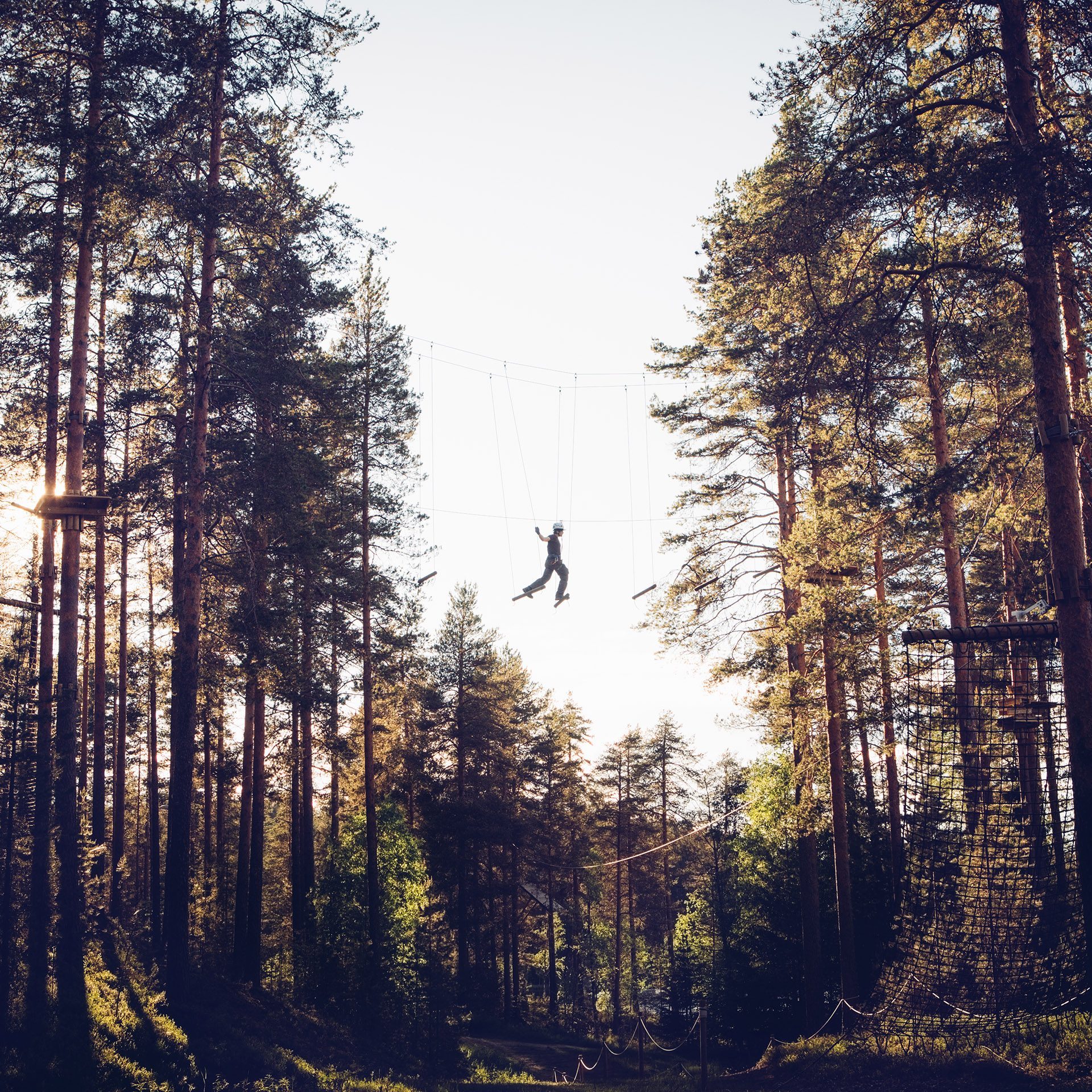 As I already mentioned, this year, BRYC chose the Finnish ski resort village of Vuokatti as the event location – a place that would turn into a platform for communication and networking between the participants during the next two days.

The first day presented us with rainy weather. But it didn’t prevent us from running around the forest competing in orienteering. It also didn’t prevent us from visiting the adventure park “Seikkailupuisto”. Participants could challenge themselves by going through seven different climbing trails. Every next trail was harder than the previous. The shortest, but at the same time the most interesting one, was the fifth trail. There, you climb up a three using rope ladder, pass an obstacle and then jump off a ten-meter platform in a free fall. It is hard to make this step forward. In spite of the fact that you are secured with safety cables, and you will not smash land into the ground, but land comfortably, your body doesn’t want to take the risk. Personally, I needed more than ten minutes to pluck up courage. Then I sat on the edge, closed my eyes and dived down. A few seconds of free flight give enough of adrenalin, although some people decided to jump again. 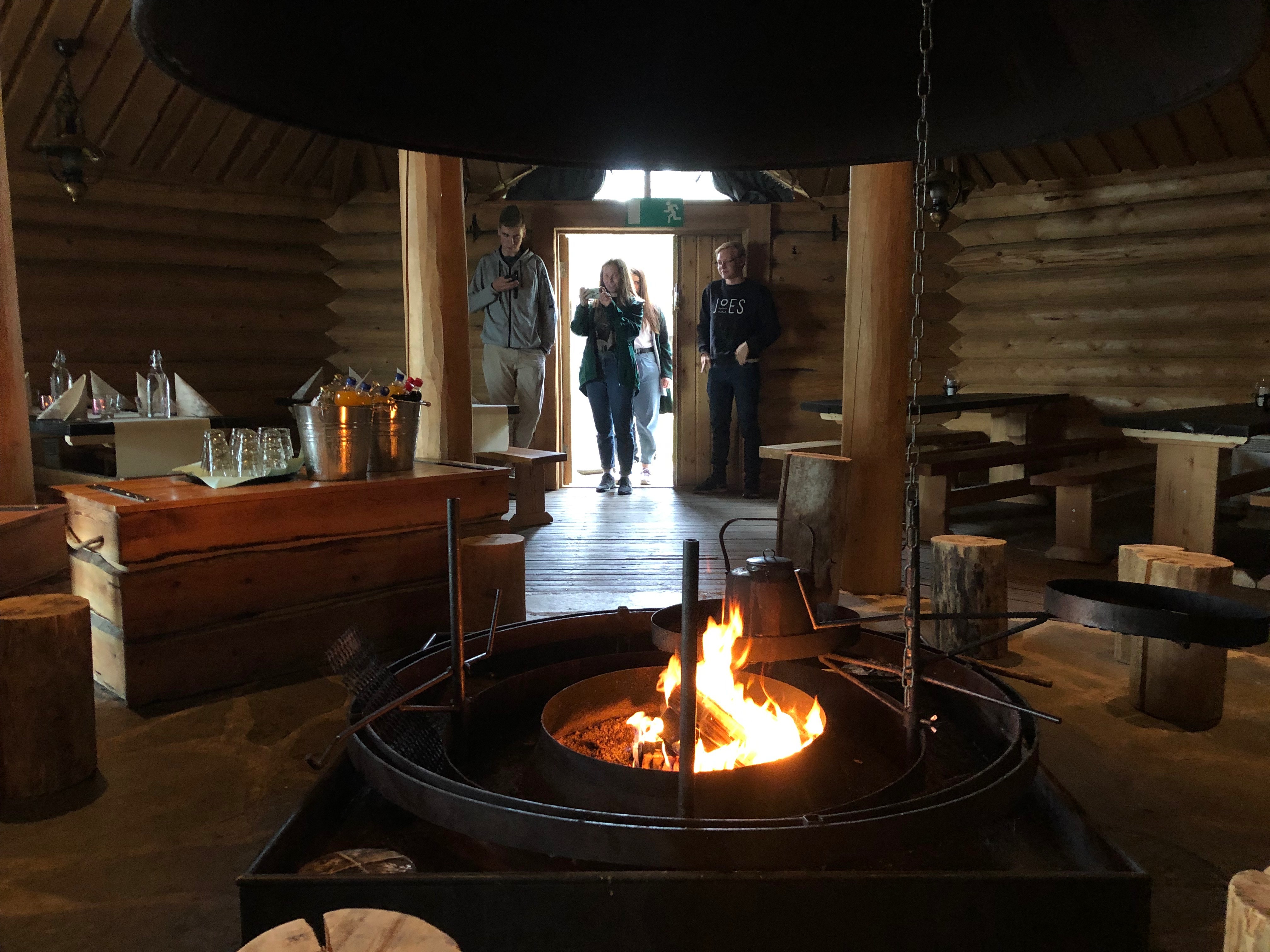 After the physical activity, all of us being pretty hungry, we went to a restaurant with a really unusual interior: something between an old house and a sauna. In the middle of the restaurant was a fireplace that made this place cozier. We enjoyed a Finnish meal – mushroom soup and tender meat. After dinner, there was a campfire, where we roasted marshmallows, chatted and played board games.

After a day full of physical activity, followed a day full of brainstorming. Although it was full of fun. The first workshop was about using modern technologies for organizing events. We learned that with today’s technology, it’s not necessary to be physically present in one place at the same time to participate in an event. An event can easily take place on several locations, or not be held at the same time. For this, you only need to download an application on your smartphone. 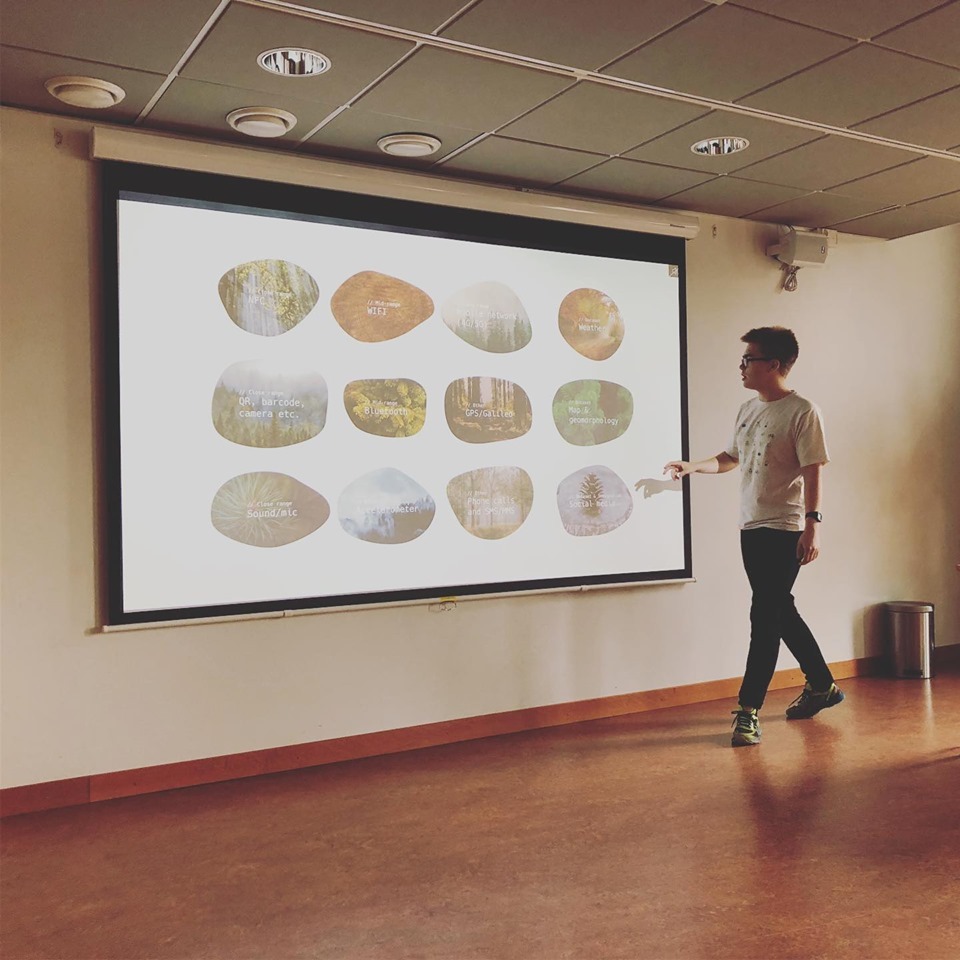 During the second workshop, we were encouraged to forget our age and where we came from. ‘Just have fun’. This workshop was dedicated to teambuilding. For this, the organizers chose a very exciting method. We got different blue building blocks. The first task was to build something – a house, a robot, a car. The “castle” that was built by people from the Komi Republic looked more like a public toilet than a castle.

Next task – to build a robot that can withstand other blocks being thrown at it. The task was further complicated by dividing everyone into two teams. Every person tried to express their opinion. But both teams excellently coped with the task. The last task was common for all. We built a huge ‘Barents Wall’, which symbolized borders among states. And finally, we crashed it all together. This funny task was hiding the importance of all of BRYC’s events. 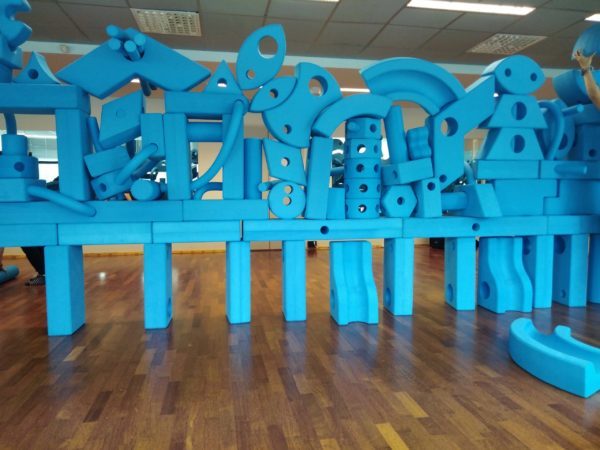 The final part of the annual event was a conversation about the influence of technologies on our daily lives. We walked alone through the forest while reflecting upon three core questions: What does modern technology mean to me? What does nature mean to me? And how does technology influence my relationship with nature? Every participant made some conclusions to themselves, while the BRYC team wrote down a summary of these reflections and ideas.

For more information about the event, check out the official website of "Switch", here.