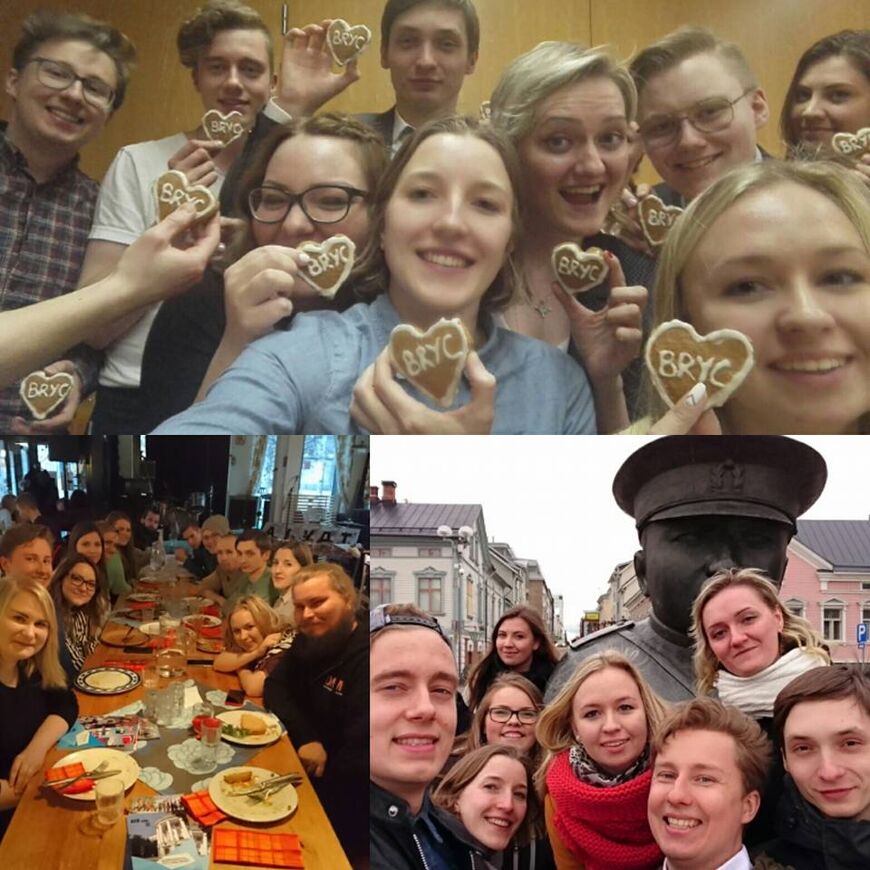 On the second day of the meeting, BRYC had very important issues to discuss; future financing, the possible closing of Barents Youth Cooperation Office and delegating responsibilities to all the Council members. Important changes were made to the work plan and structure.

The former education secretary of OSAKO Student Union, Jari-Pekka Kanniainen, held a workshop about working in non-governmental organisations and how to be more effective member of a group. To illustrate the difficulty of not thinking about something, the BRYCers had to NOT think about a white elephant for one minute. The workshop gave some tools for future work and brought to mind some forgotten things.

The Council also had some time for sightseeing in the city. This included for example Rotuaari (Market Square) Toripolliisi (Market Police statue) and brand new Kivisydän (‘Stone Heart’ car parking lot). Some people had even time to see Valve Culture House. On the last evening we visited the Student Union OSAKO’s office and had pizza.

All in all BRYC had a very effective annual meeting and all the members seemed hard working and full of excitement.

Does this sound interesting? Now you have the chance to become a member of BRYC, as we are looking for two new representatives: