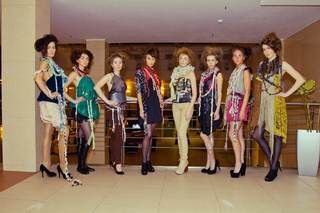 BEFF is the place for creative people: you can participate in workshops on filmmaking, EcoArt, photography, ecofashion and others. BEFF is the place for discussions, lectures and seminars devoted to the environmental issues as well as the opportunity of networking among the ecologists, film directors and the residents of the Barents Region.
At the Festival special attention will be paid to ecological education, idea exchange and new ways of forming ecological thinking.
Participation in competition programme.
Instructions for film submission:
1. The film’s subject matter, the production itself or the film’s director should have a strong connection to ecological topic.
2. Screenings formats are DCP or 35 mm. We also accept films delivered as files (in DV or HD quality).
3. The film should be finalised during the last years ( 2012-2013).
4. There will be competition of movie:
 Documentary
 Feature
 Short Feature,
Documentary and Animation
 Young Production ( from 14 to 30 years)
 Nature and Minority people
 Films about Karelia
5. Films of more than one hour can be considered for the festival’s film programs:
 Documentary
 Feature
6. Only films of less than 1 hour will be considered for Short Film Program.
7. The film should not be shown on Russian TV before the festival.
8. Screening copies must have English subtitles, unless they are in English Selections will be made by the festival’s administration. Decisions of refusal will not be commented. Preview copies will not be returned.
9. Films can be shown out of competition for special screen program Deadlines

1. Submissions are done with application form from our web site. Use our submission form from. The form must be submitted by March 1 , 2013.
2. Preview copies (DVD or digital file) must be sent to us by March 1, 2013. If the film is not complete, a temporary version can be sent instead upon agreement with the festival.
3. The selection will be announced by March 15, 2013.
4. Screening copies should be sent to us by April 18, 2013.